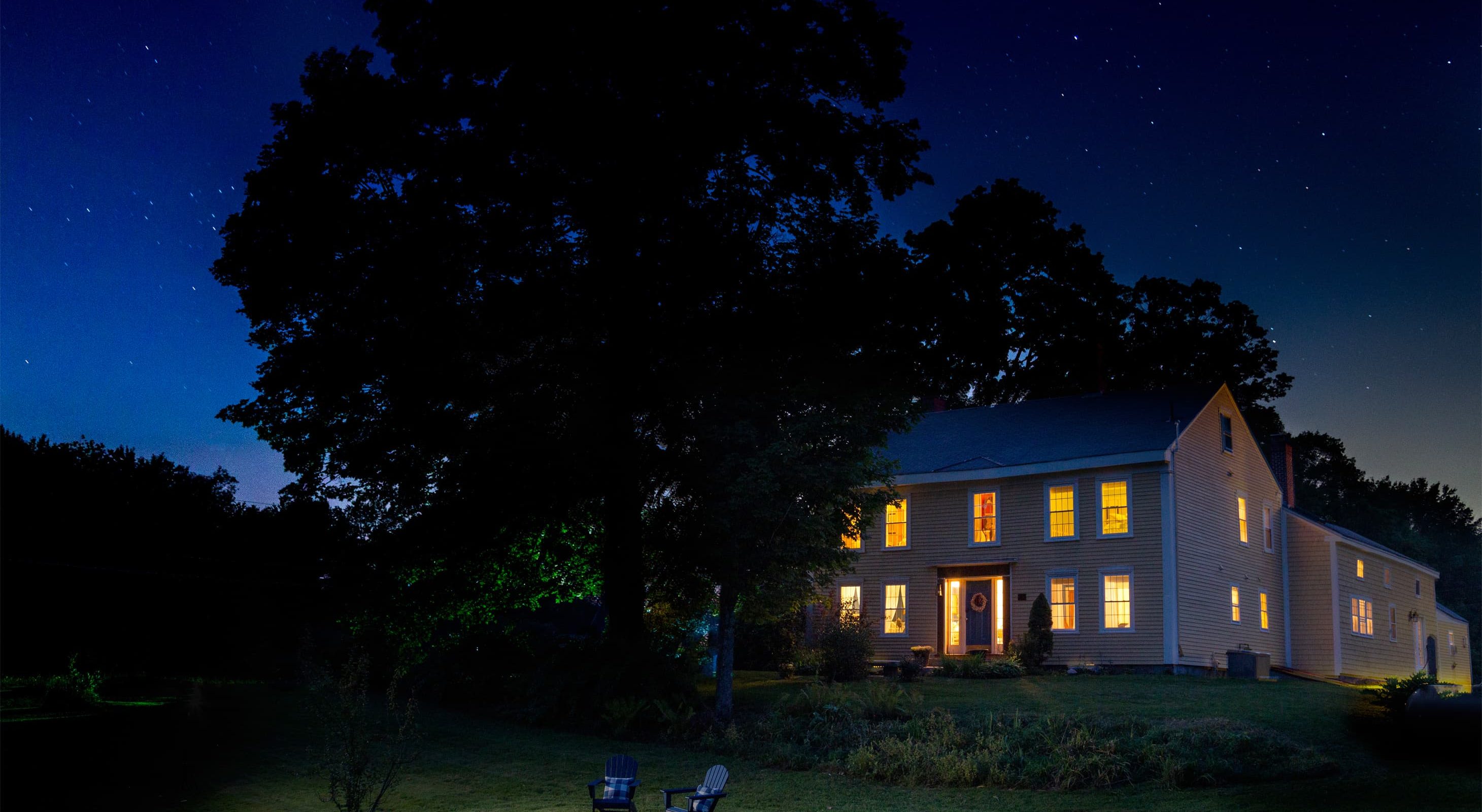 Set in the Bagley-Bliss house and nestled in the rolling hills and pastures of Durham, Maine, this historic 1772 farmhouse will enchant you and provide the peace and relaxation that is so hard to find in today’s fast-paced world. Five beautiful guest rooms, all with private baths, await you as well as a candlelit breakfast every morning and complimentary beverages and evening snacks.

Step back in time without sacrificing modern luxuries at our Southern Maine bed and breakfast near Freeport and Brunswick. Watch the sun rise over the beautiful pine tree forest that surrounds the farm; drift off to sleep lulled by the gentle sounds of peepers; relax with a hot cup of tea and smile with the knowledge that you are doing what people have been doing in that very spot for 250 years. When you stay at Bliss Farm Inn, you become part of history. 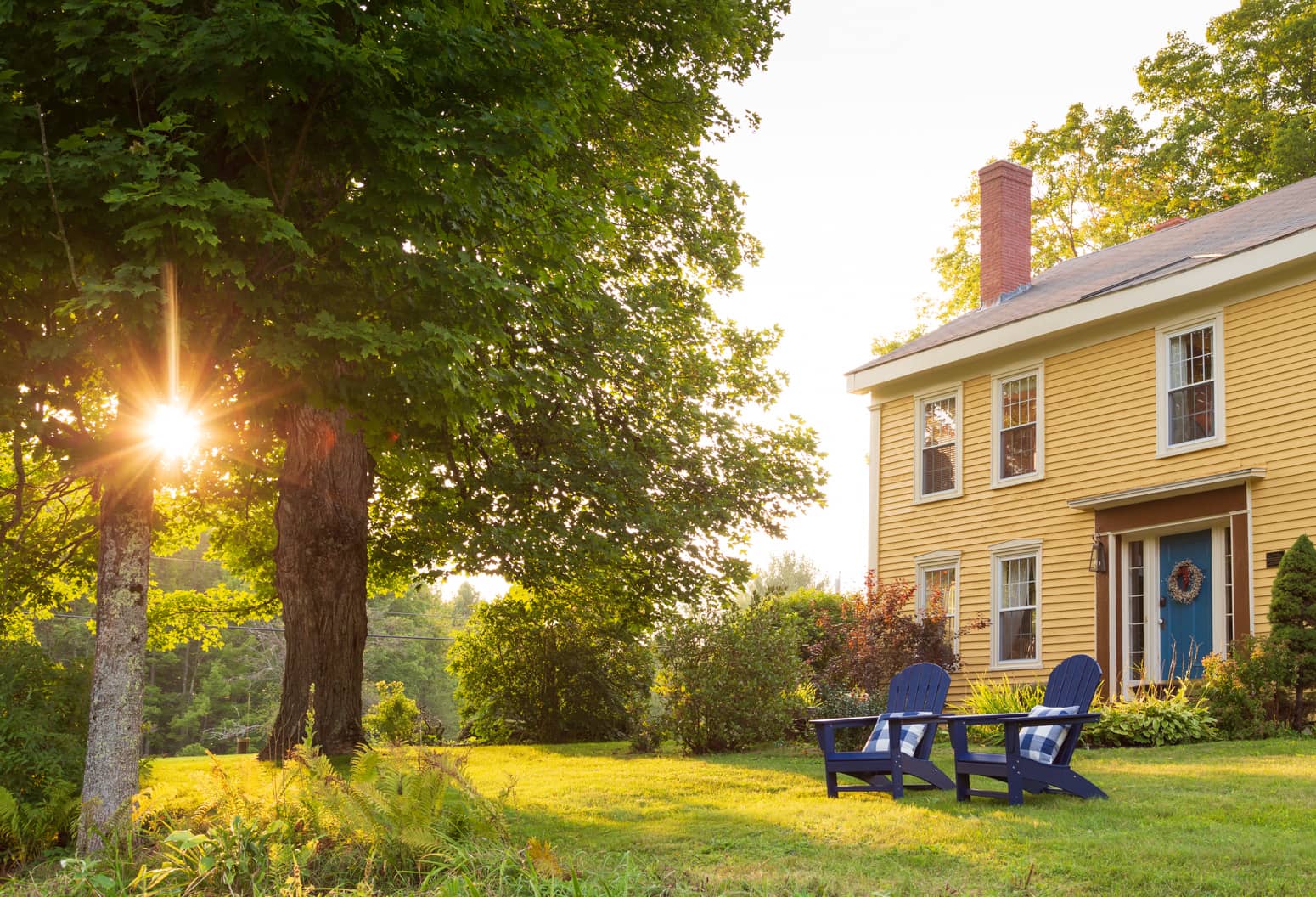 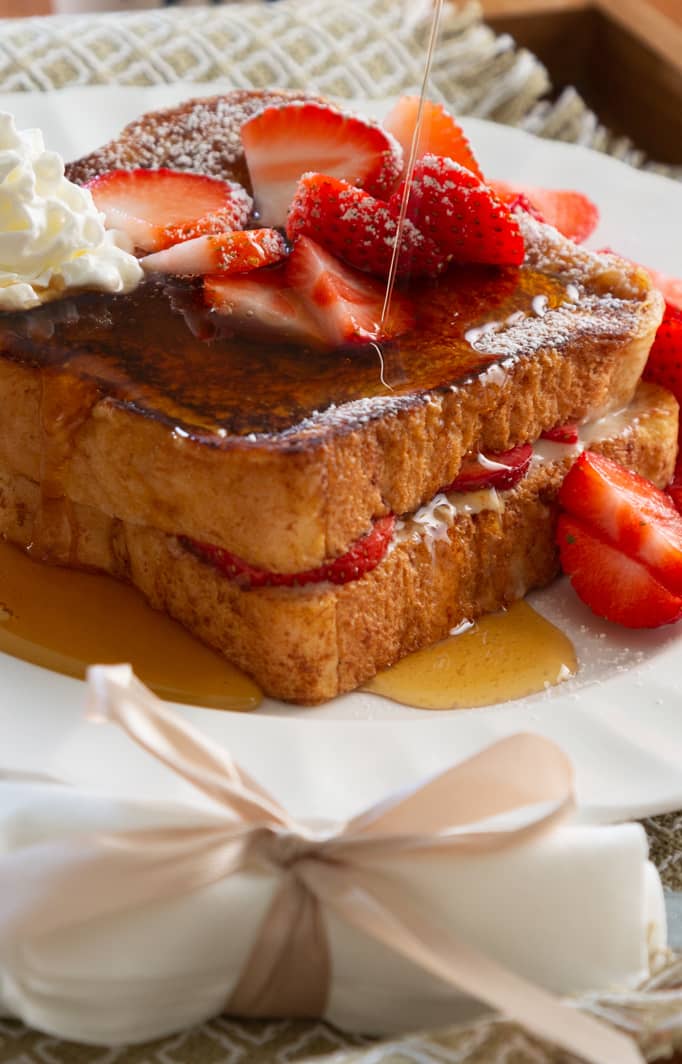 Savor the freshness of the farm with scratch-made breakfasts and afternoon treats. Whet your appetite! 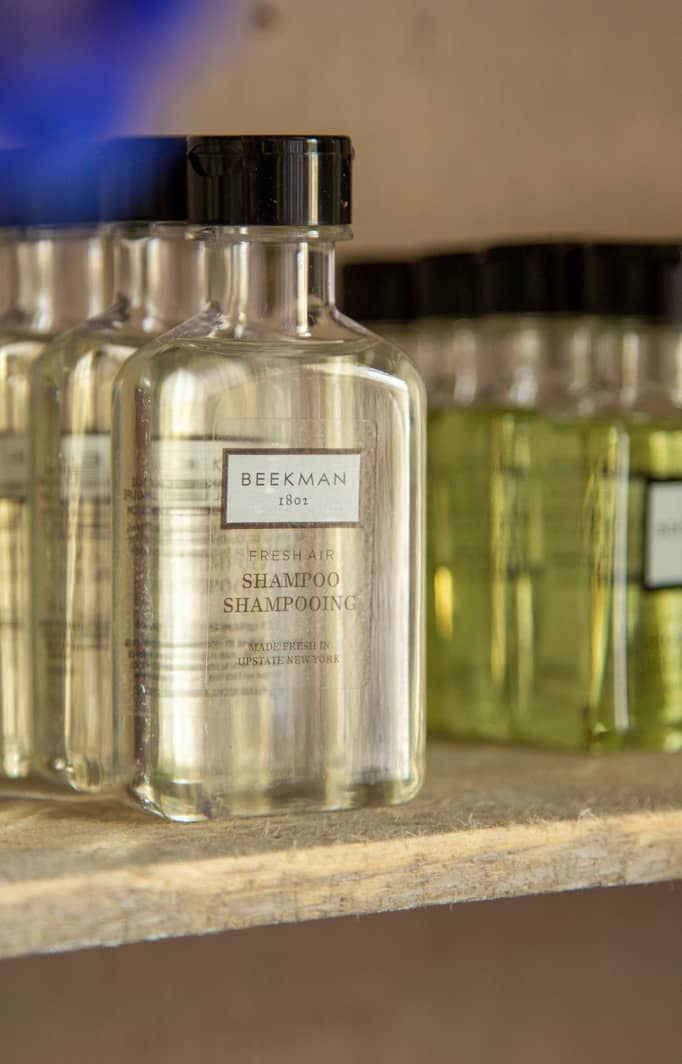 Staying in the country doesn’t mean you have to give up big-city luxuries. See what to expect! 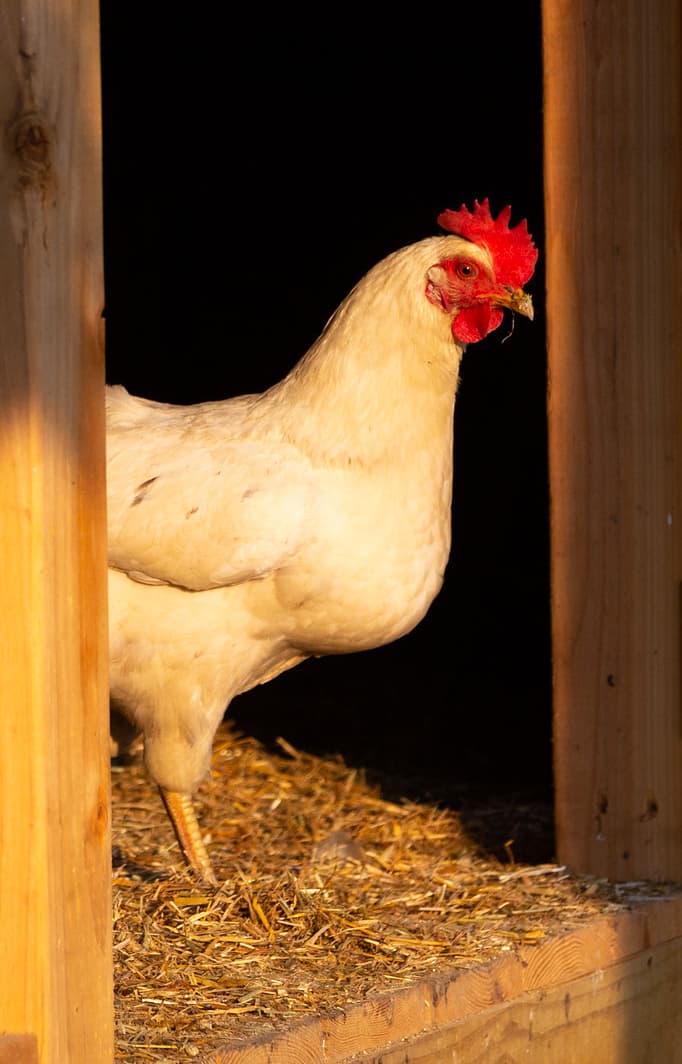 Keep up with what’s happening on the farm. View recipes, local spotlights, property updates and more!

Get a taste of our stunning country setting and designer appointments. Take a visual tour!

The Bagley-Bliss House is a large two-story, five-bay, double pile frame dwelling with a one-story ell. According to local tradition it was constructed about 1772 for O. Israel Bagley, and is considered to be the oldest house in Durham. However, the unmistakable Greek Revival style characteristics of the main block suggest that this section was either completely remodeled in the nineteenth century or was actually constructed at that time. During this period it was occupied by Charles Bliss, and it remained in the possession of his descendants until the 1970s.

The house has been awarded distinction and is on the National Register for its local architectural significance. O. Israel Bagley and his wife Mary (Snow) Bagley were among the earliest settlers in Durham, then known as Royalsborough. He was engaged in a number of business pursuits including the first store in the community, a potash manufactory, shoemaking, and the operation of a wind-powered grist mill. The town’s first school was held at the Bagley residence, which was also a public inn. O. Israel Bagley died in Savannah, Georgia of yellow fever during a voyage of the vessel “Mary Ann” of which he was the captain.

Let us upgrade and combine our finest enhancements to help you pop the question!

Enjoy a generous serving of sweet and savory flavors waiting for you upon arrival.

Celebrate a special occasion or simply brighten someone’s day with a fresh and local bouquet.

Choose from a selection of cakes, cupcakes, and cheesecakes to satisfy your sweet tooth.

Perfect for any occasion. Give the gift of a getaway!
Gift Certificates