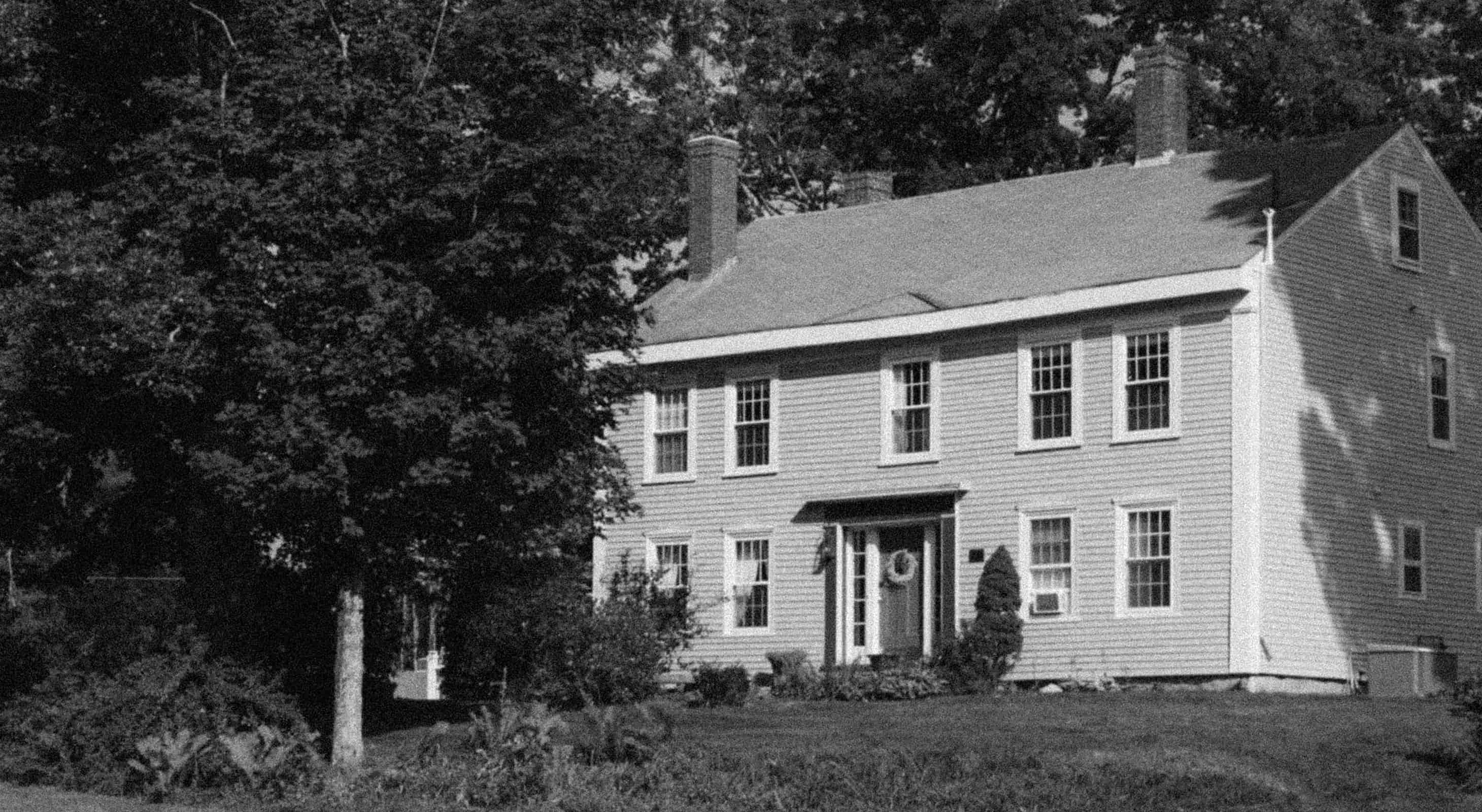 For anyone that is a bit of a history nerd (myself included), here is some information on the inn from the National Register archives:

The Bagley-Bliss House is a large two-story, five-bay, double pile frame dwelling with a one-story ell. According to local tradition it was constructed about 1770 for O. Israel Bagley, and is considered to be the oldest house in Durham. However, the unmistakable Greek Revival style characteristics of the main block suggest that this section was either completely remodeled in the nineteenth century or was actually constructed at that time. During this period it was occupied by Charles Bliss, and it remained in the possession of his descendants until the 1970s. The house is eligible for nomination to the National Register under Criterion C for its local architectural significance. O. Israel Bagley (1747-1797) and his wife Mary (Snow) Bagley (1747-__) were among the earliest settlers in Durham, then known as Royalsborough. He was engaged in a number of business pursuits including the first store in the community, a potash manufactory, shoemaking, and the operation of a wind-powered grist mill. The town’s first school was held at the Bagley residence, which was also a public inn. Israel Bagley died in Savannah, Georgia of yellow fever during a voyage of the vessel “Mary Ann” of which he was the captain. 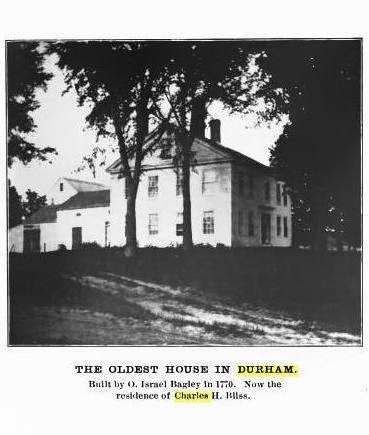 It is uncertain how long Mary Bagley continued to reside on this property, but local historians state that in 1836 it was acquired by Charles Bliss (1800-1873). A native of Columbia, Connecticut, Bliss moved to Durham three years after the death of his first wife, Mary (Webster) Bliss. The Blisses had two daughters: Clarinda and Martha, but it is not known if they accompanied their father to Durham or came sometime later (Clarinda was residing with her father in 1850 according to the census; Martha had died in 1848). In 1843 Bliss married Lydia E. Cox of Brunswick, and they had four children, only one of whom, Charles H. Bliss, lived to adulthood. At the taking of the census in 1850, the Bliss household consisted of Charles, his wife Lydia and daughters Clarinda, Mary, and Harriet, as well as his older brother Achsah Bliss. In addition, four other residents of the household included Lucius Burbeck, a carpenter born in Canada; Caleb and Jacob Schumann, laborers born in Nova Scotia; and Sumner Foss, a native of Maine. The Agricultural Schedule of the 1850 census reveals that the Bliss farm was comprised of a total of 150 acres of land, and had a cash value of $2,800. The primary focus of this farm was dairy products, with a total output of 300 pounds of butter and 3,500 pounds of cheese. This latter figure is especially striking, and it appears to have been the highest in Durham at that time. Bliss’ herd of nine milch cows was also one of the two or three largest in town. 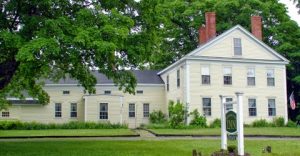 Charles and Lydia (Cox) Bliss resided on this farm until their deaths, after which the property descended to their son Charles Henry Bliss (1850-__) and his wife Etta L. (Tracy) Bliss. Charles H. Bliss continued the agricultural focus of the homestead, and his interest in improving its productivity is suggested by his active role in the formation in 1886 of the Durham Historical Society of which he was elected the first vice-president. Charles and Etta Bliss had eight children, five of whom reached adulthood. Their three sons all moved away, however, and the farm was passed to the two maiden daughters: 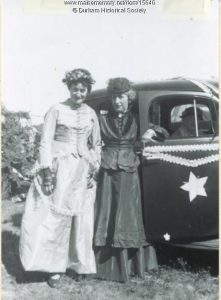 Emma Tracy Bliss (1883-1976) and Mary Fannie Bliss (1885-1978). They had apparently vacated the house in the early 1960s as it was said to have stood empty for some twenty years prior to its rehabilitation in 1982.
There is very little visual evidence left of the house which Israel Bagley is said to have built about 1770. If in fact the building which exists today dates in large part from that period, it was subjected to a thorough remodeling in the nineteenth century, probably by the Bliss Family. This scenario is not inconceivable since the general form of the house is very traditional. It may also help to explain the massive vaulted brickwork that is centrally located in the basement; a structure that is typically associated with large central chimneys, but would seem to be unnecessary in its present use. Nonetheless, the virtual obliteration of the c.1770 interior and its replacement with the fashionable — albeit restrained ~ Greek Revival detailing would have represented an extraordinary undertaking, especially in this rural setting. In this context, it is tempting to speculate about the presence in the household of carpenter Lucius Burbeck as reported in the 1850 census. Was he engaged to carry out this project? Unfortunately, the answer to this question may prove to be completely elusive, but the idea remains an intriguing one. Like the front block, the ell does not have the appearance of a pre-Revolutionary building, although its surviving hearth with two water basins may very well be from an early period. The ell was substantially remodeled during the 1982 rehabilitation. Although the Bagley-Bliss House lacks the fully developed Greek Revival detailing of many of its urban or village counterparts, it exhibits a typical range of features found on such buildings in rural areas of the state. These include the central entrance with its recessed door framed by sidelights and a simplified entablature with a pronounced cornice; shallow pedimented hoods above the windows; wide corner pilasters that rise to a broad frieze; and pedimented gable ends. Inside, the most overt Greek Revival details are the stair with its bulbous turned newel post and thin balusters, and the mantelpiece in the room behind the central hall.